I wrote the feature article below as final assignment for an extensive course in science journalism (part of the Science Communication MSc curriculum). As Ryanair was about to start operations from Amsterdam Airport Schiphol at the time, it seemed a good idea to dig a little deeper into their financials and figure out how exactly we “pay for cheap”. The article was intended for publication in De Volkskrant, a newspaper with an audience comparable to that of The Guardian and The Independent.

Traditional airlines as KLM struggle to stay afloat, whereas low-budget competitor Ryanair thrives. Should we be concerned about the way the Irish company gets that done?

Starting this October, Ryanair will begin operations from Amsterdam Schiphol, connecting the Dutch capital to Dublin at an introductory price of € 9,99 one-way. Stunts like these raise the question how the company can still make money. Is safety endangered – as claimed by worried pilots, end of 2012 – or are the Irish simply running a highly optimized business?

Either way, making a profit seems natural to the company, which broke all records making 867 million euros in its previous fiscal year. Three-quarters of all income came from ticket sales, the other 25% from sources such as fees for overweight baggage or assigned seating. Aviation expert Jaap de Wit says these are called ‘ancillary revenues’. In terms of expenses, half of the airline’s bills concerned fuel, followed by charges paid for using airports and air traffic control (27%). Equipment and staff cost both make up a little more than ten percent.

‘Their business model leaves a very much stripped product at a low price.’

Comparing that with the numbers published by Air France KLM, a typical network carrier with intercontinental flights and transfer airports, shows the things Ryanair does differently. Most notable are aforementioned ancillary revenues, which only comprises 5% of the total income of Air France KLM. De Wit, professor of transport economics at the University of Amsterdam and former chief economist of the Dutch Civil Aviation Authority, explains: ‘The essence of the low-cost model is the economic concept of ‘unbundling’. This means that every element of the once-integrated package of air travel is now sold separately. In-flight service, on-board food, checked-in baggage, emergency seats with extra legroom, and so on.’ Besides the fact that Ryanair this way turns an expense – providing for passengers’ needs – into extra revenue, there’s the bonus that charging extra for bags might stimulate people to travel lighter, which then saves fuel. ‘That leaves a very much stripped product at a low price.’

Expenses also differ. For example, Ryanair spends substantially more on airport charges than the Franco-Dutch group. That seems odd, given that ‘Ryanair has focused on flying thin routes to secondary airports’ – such as Eindhoven and Maastricht – ‘at which they could negotiate preferential treatment and lower tariffs’. That, however, is not enough to compensate that ‘and this holds for any airline, landing fees are a larger component of the total cost for shorter flights’, says De Wit. If you only take short hops, you’ll simply come across more airports that will charge you for your visit.

Most criticized, however, is one particular cost-saving method: the way Ryanair treats and pays its crew. De Wit chooses his words carefully when asked about the topic. ‘Special arrangements’, is his initial description of the strategies the Irish company employs. It works as follows: pilots are forced to set up their own company, which the airline in turn hires to fly their aircraft. This way, the contract between airline and pilot is reduced to an agreement between two businesses. The win for Ryanair? It no longer has to comply with laws protecting conditions of employment. Or, in the CEOs words, ‘it makes it impossible for the pilot unions to have any influence […] and […] it gives Ryanair far more workforce flexibility than a settled, unionised labour force would ever allow’. From their  perspective, pilots feel they have no other choice but accept, pushed by the fact that they have to keep flying to keep their licence valid, jobs are scarce and they have a hundred-thousand euro bank loan to repay.

Other factors display Ryanair’s less controversial strive for efficiency and help cut costs further. ‘Aircraft see higher utilization factors, which means that they do four return trips each day, rather than only two or three. Furthermore, repair work is completely outsourced to specialized companies, such that Ryanair itself does not have to invest in hangars, tools, mechanics, and so on.’ As the carrier needs perfect on-time performance to keep it going, De Wit confirms these aspects might even increase flight safety. With little or no back-up aircraft available, failures are very costly and also cause problems further down the schedule, such that preventive maintenance work might be authorized sooner.

Joris Melkert, lecturer aerospace engineering at Delft University of Technology, also appreciates Ryanair’s low fleet age. Indeed, numbers confirm an average Ryanair-plane is 6.7 years old, whereas aircraft have been flying around five years longer with the likes of KLM. In his office, filled with models, measurement devices and books on aircraft design – ‘the great thing is, I still use almost all of them every year’ – he explains how the industry maintains airline safety. The amount of inspections largely ‘depends on how well you’re doing’. If an airline is doing well, inspections take place at lower frequencies, and vice versa. Besides external checks, there are also internal audits, ‘which are evaluated by the relevant authorities at given points in time’. These authorities make sure that self-checks are carried out sufficiently rigorous. And then there is a European blacklist, which lists airlines that are no longer welcome at European airports because of safety concerns. According to Melkert, however, ‘EasyJet, Ryanair and other European low-cost carriers are not by any means close to making this list’.

We move on to discuss fuel policies at the Irish airline. In 2012, three of its aircraft had to make an emergency landing due to fuel shortage, after having been diverted from Madrid to Valencia for weather reasons. Although Melkert more than once asserts he cannot remember the details of the investigation, he recalls a lot of bickering. Public interest spiked when KRO Brandpunt televised two episodes in which Ryanair pilots anonymously told about their experiences, pressing for investigations into their employers’ safety culture. Ryanair boss O’Leary, however, stated that all of the emergency landings went according to protocol. Melkert: ‘possibly Brandpunt also thought they had a hot item, suited for an easy win with their viewers’.

In any case, fuel reserves are strictly regulated. The exact amount varies from flight to flight, but pilots should make sure that they have enough kerosene to execute two back-up plans, in case they cannot land at their planned destination. The first is a diversion to another airport, the second is waiting in a landing queue for a maximum of 30 minutes. Whether this half hour of extra fuel can indeed be used in case of such an emergency or should still be in the tank after landing, ‘is open to interpretation’, says Melkert, ‘and I can imagine that carriers looking to save every last penny left for saving will take the interpretation that suits them best.’ Ultimately, however, ‘no pilot will take off knowing that he has too little fuel on board’, he says.

When asked about his opinion on the Ryanair ‘fuel league’ – a spreadsheet the airline maintains and which shows which pilots have used the least, and which have used the most kerosene – he feels that ‘it is in and of itself based on a healthy idea’. Taking too much fuel, he raises a new point, also results in environmental damage and electing ‘an employee of the month’ happens everywhere. To quickly add: ‘as long as all this takes safety standards into account, of course’.

He himself is not doubting that, judged by the fact that he has flown and still flies with Ryanair. Both experts interviewed do. Melkert: ‘It works, they fly on time,’ he argues, ‘but all luxury has been stripped, so you shouldn’t expect anything in that regard’. De Wit recalls a flight where he – after boarding – saw the aircraft swapped at pilots’ orders, because of one too many warning light. ‘That, for me, shows that at the end of the day the captain is always in charge.’

‘There is a fear culture deeply rooted within Ryanair’

Not everybody agrees with that claim, however, as pilots – their voices distorted in fear of retaliation – shared in Brandpunt. Covered in the shadows of the set, they blow the whistle on a ‘fear culture deeply rooted within Ryanair’, and explain how pilots are distracted from doing their jobs by ‘worries about being a company director’ and ‘the responsibility’ that comes with it. 94% of over one-thousand Ryanair pilot respondents in a safety survey feel that ‘regulators should conduct an independent investigation into the impact of Ryanair’s employment practices on safety’. Currently, nothing along these lines seems to be underway. And until then, this more ethical than regulatory concern maybe shines the only proper light on how we pay for cheap. 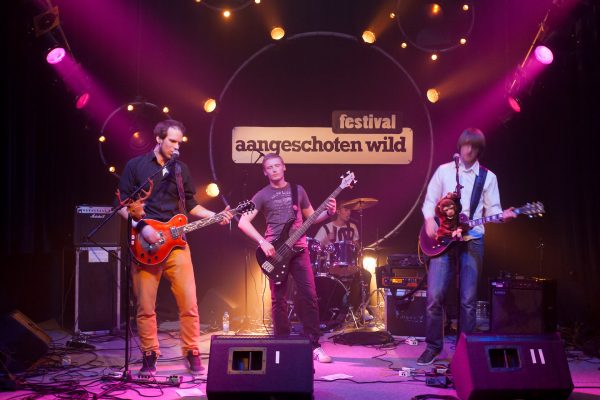 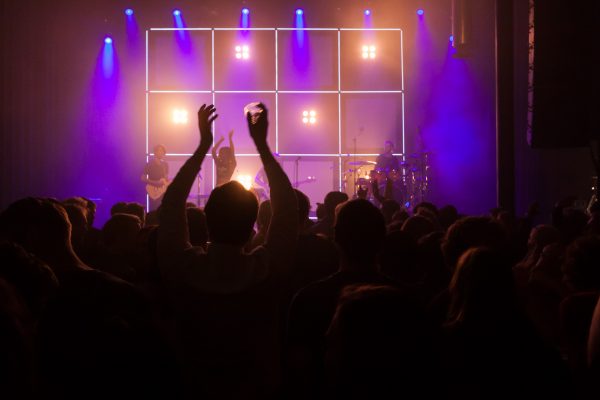 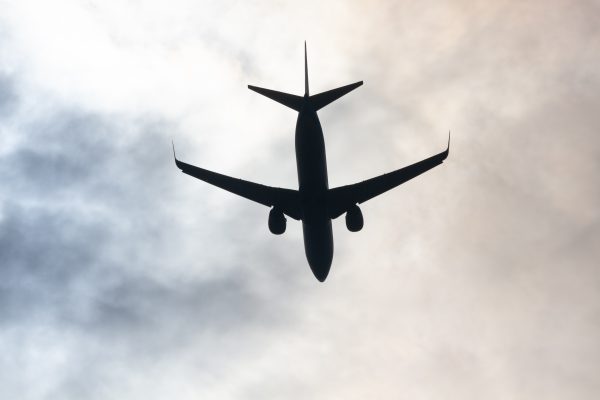 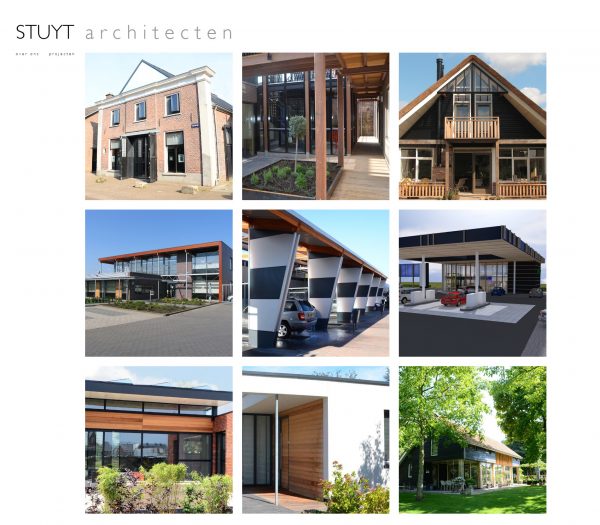